‘The Pure Rose’ by Pedro Salinas. Translated form the Spanish by Alun Kenwood for an essay by Alexander García Düttmann, 2010
Performed by Veronika Hauer and Nicole Miltner
Video 4 mins

The piece investigates the notion of ‘voice’ through language, facial expression and gesture and fathoms its historical and cultural dimension. In unison with the artist and English native speaker Nicole Miltner verbally relating ‘The Pure Rose’, Hauer enacts the translation of the Spanish poem by way of mimic and gesture. Despite the delivery of both performances being based on the act of reading, the spectator in effect appears to be listening to but one single voice, as the person reciting the poem remains in the background, immobile and focused on the oral presentation. The piece touches upon strategies of ‘borrowing’ voice(s) as a means of compensating – in terms of implication, of articulation, delivery or modulation.

The Pure Rose performed after the homonymous poem by Pedro Salinas was first exhibited as part of the show Upon Arrival: Spatial Explorations curated by Margit Neuhold at Malta Contemporary Art, La Valetta.

The Pure Rose has also been screened at the symposium Translator/Betrayer hosted by Tatia Skhirtladze and the University of Applied Arts Vienna in November 2012. 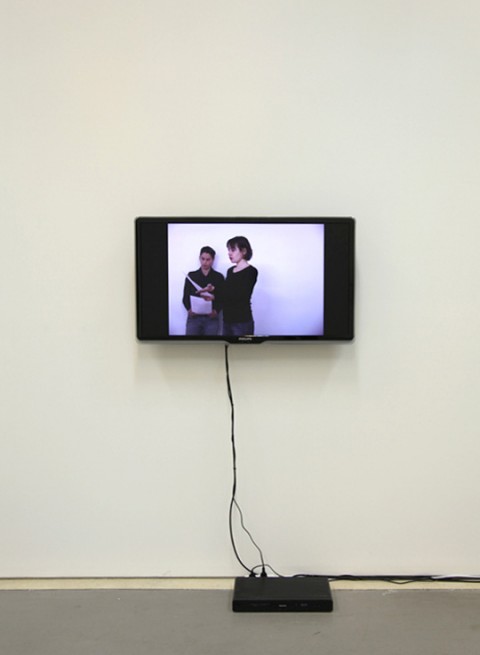